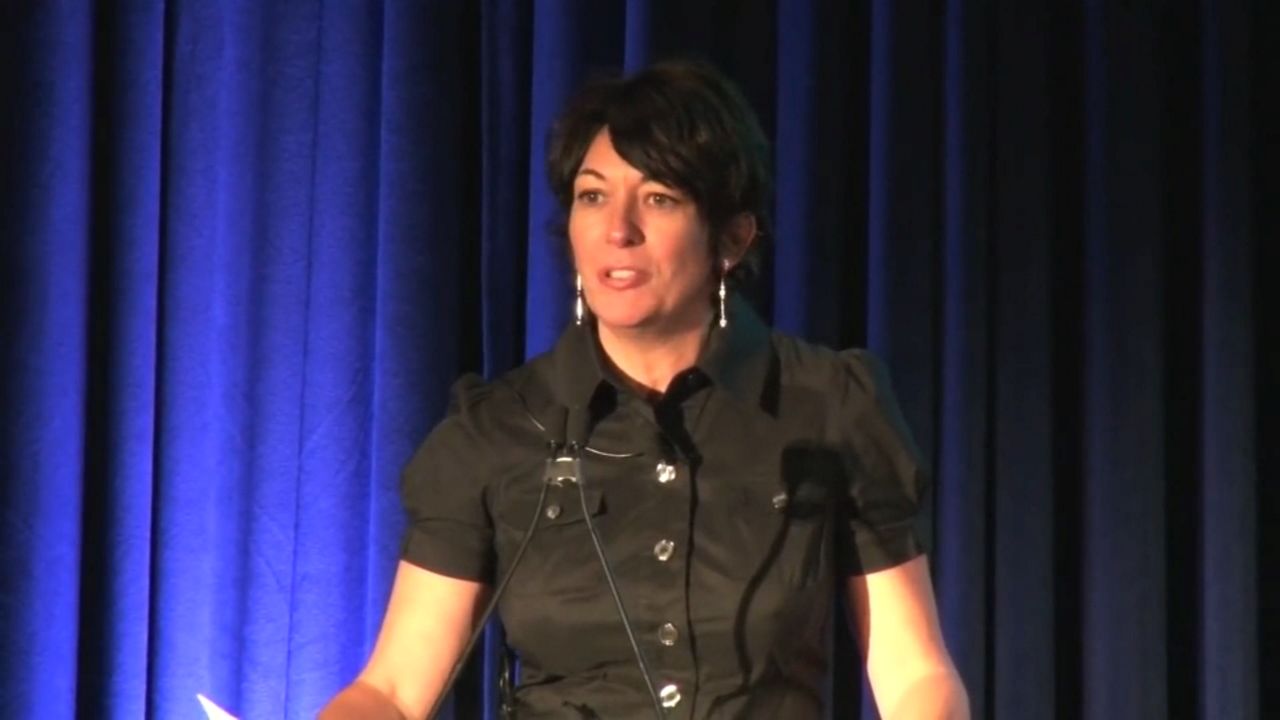 "Given her financial resources, Ms. Maxwell poses an extreme risk of flight," Manhattan federal court judge Alison Nathan said. "Even the most restrictive terms of release would be insufficient."

Nathan ruled Maxwell held in spite of novel coronavirus pandemic concerns because Maxwell was unable to prove herself at heightened risk of contracting the virus, the judge said.

Maxwell, 58, pleaded not guilty to charges she recruited and groomed teen girls for the late Manhattan financier during her virtual arraignment and bail hearing held in Manhattan federal court Tuesday afternoon.

It was a quiet voice that stated, “Not guilty, your honor.”

Proceedings were held via video conference — due to New York City’s social distancing measures — with Maxwell addressing the court from Brooklyn's Metropolitan Detention Center, where she will continue to be held.

Nathan set the date of trial  — which U.S. Attorney Alison Moe estimated could take three weeks to complete — for July 12, 2021.

Maxwell’s attorneys demanded $5 million bail, arguing their client had been made a scapegoat after Epstein killed himself in a Manhattan jail cell last August, and that novel coronavirus would put their client at significant risk if detained.

But prosecutors call Maxwell a flight risk, pointing to her wealth, U.K. and French citizenship, attempts to run from FBI agents in the $1 million New Hampshire home where she was arrested earlier this month, and the 35 years she faces in jail if convicted.

“There are serious red flags here,” Moe said. “She has a strong incentive to flee to avoid being held accountable for her crimes.”

Moe further accused Maxwell of using an alias to buy the New Hampshire home in attempt to avoid arrest, testifying a local realtor identified Maxwell as the woman who bought it in November 2019.

"There really can be no question that she is willing to lie in order to hide," Moe said.

Defense attorney Mark Cohen accused prosecutors of "throwing dirt" to distract the court from a lack of precedent to hold Maxwell, adding that complex finances and a foreign passport were not grounds to deny her bail.

“It’s absurd,” Cohen said. “This bail proceeding should not turn into some mini investigation of my client’s finances.”

Maxwell is accused of assisting Epstein by encouraging young girls to accept large gifts from him, to form a sense of debt, then helping to normalize sexual exploits by either watching or joining in, court records show.

Charges outlined in the 17-page indictment — which include conspiracy to entice and transport minors and perjury —  span from 1994 to 1997 and from Epstein’s Manhattan mansion to London, Palm Beach and Santa Fe.

Two women submitted testimony asking that Maxwell be held without bail, among them Annie Farmer, who said she was 16 when she was abused by Epstein.

“She has never shown any remorse,” Farmer said of Maxwell. “She has lied under oath and tormented her survivors.”

Another woman, who did not disclose her name,  submitted a letter which was read in court by Moe.

“Without Ghislaine, Jeffrey Esptein could not have done what he did,” Jane Doe wrote. “She would have done anything to get what she wanted: to satisfy Mr. Epstein.”

Court officials had to double the capacity of a public dial-in line to 1,000 callers to accommodate the heightened interest in the case, said Nathan.