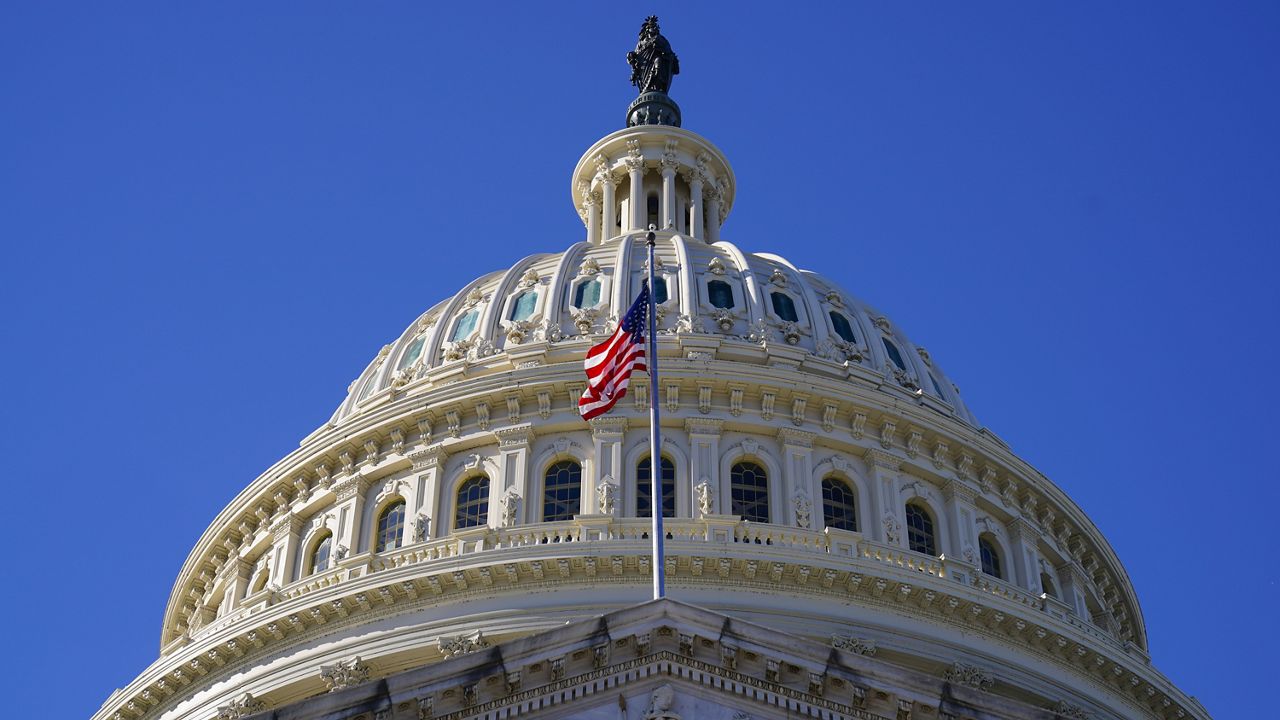 On Sunday, the 117th Congress will be sworn in on Capitol Hill, though coronavirus precautions will mean drawn-out proceedings, with House members only allowed on the floor in groups and some staying away from Washington altogether.

What You Need To Know

The 117th Congress will be sworn in on Sunday, though proceedings will look different this year

Sunday's first order of business in the House is the vote for Speaker, which Nancy Pelosi is expected to secure once again, though the vote is likely to be closer this year

Next week, the House and Senate will meet for a joint session to count electoral votes

As specified in the Constitution, both chambers will convene at noon on Sunday, though with more business to carry out and more members, the events in the House are expected to last for several hours, and some will carry over to Monday.

Per tradition, the Clerk of the House will first call the chamber to order and also report any deaths or resignations since the election, which this year could include mention of Louisiana Congressman-elect Luke Letlow, who died from COVID-19 on Tuesday night.

The House is expected to offer a moment of silence or honor the late congressman-elect in some way during its opening session.

The first order of business in the House is a vote for Speaker, a spot held by Nancy Pelosi (D-CA) for 17 years and for which she’s running unopposed once again this year.

But Pelosi faces a narrower path to the speakership this time, with several members declining to say how they will vote, such as Rep. Alexandria Ocasio-Cortez, who recently called for new Democratic leadership. Others, including Michigan Rep. Elissa Slotkin, have said they will not support Pelosi.

At least one Democratic member, Wisconsin Rep. Gwen Moore, will not travel to Washington at all, since she tested positive for coronavirus earlier this week. Others may stay away due to underlying conditions or the Washington, D.C., restrictions on travel from most states.

Pelosi needs 50 percent of the vote plus one, but the actual number needed will depend on how many members are present on Sunday. In 2019, 15 Democrats voted against Pelosi.

Asked by a reporter Wednesday if she was confident she’d have a Democratic majority present Sunday, Speaker Pelosi answered a simple “yes.”

Lawmakers will vote in seven separate groups of less than 72 members each, according to a memo from the Attending Physician this week. Members are encouraged to leave the floor immediately after their vote to avoid crowding, plus keep their distance and wear masks.

House lawmakers will also be sworn in in groups, starting with the first-term members. New members are allowed just one guest ticket for their swearing-in this year, while current members aren’t allowed any.

Another critical aspect of the opening session, a vote to affirm House rules, has been pushed to Monday, since Sunday’s business-by-groups is likely to stretch on for hours longer than usual.

A number of lawmakers announced they will not be in attendance on Sunday, including Rep. Alcee Hastings (D-FL), according to Punchbowl News' Jake Sherman, and Rep. María Elvira Salazar (R-FL), who announced last week she could not attend due to her COVID-19 diagnosis.

Rep. Jamie Raskin (D-MD), who announced last week that his 25-year-old son Tommy passed away, will be in attendance, Sherman reports.

The Senate hasn’t released additional details about its opening session, but they are likely to follow a “group format” similar to the House, a spokesperson for the Senate Press Gallery told Spectrum News Thursday.

Still, the balance of power in the Senate won’t be determined until Jan. 5 or the days after, following Georgia’s runoff election.

In the new year, the House and Senate will first hold a joint session on Jan. 6 to count electoral college votes and formalize President-elect Joe Biden as the election’s winner.

A number of Republican Senators and Senators-elect, including Sen. Ted Cruz (R-TX), Sen. Ron Johnson (R-WI), and Senator-elect Tommy Tuberville (R-AL) announced Saturday that they will object to the results, joining Missouri Sen. Josh Hawley’s announcement that he will object, but the move will not sway the outcome.

Democratic lawmakers, along with Biden, have also promised to push for additional economic relief in the new year, especially after a call for larger $2,000 stimulus checks lapsed in the Senate this week and funding for state and local governments, a Democratic priority, fell out of the relief deal negotiated this month.