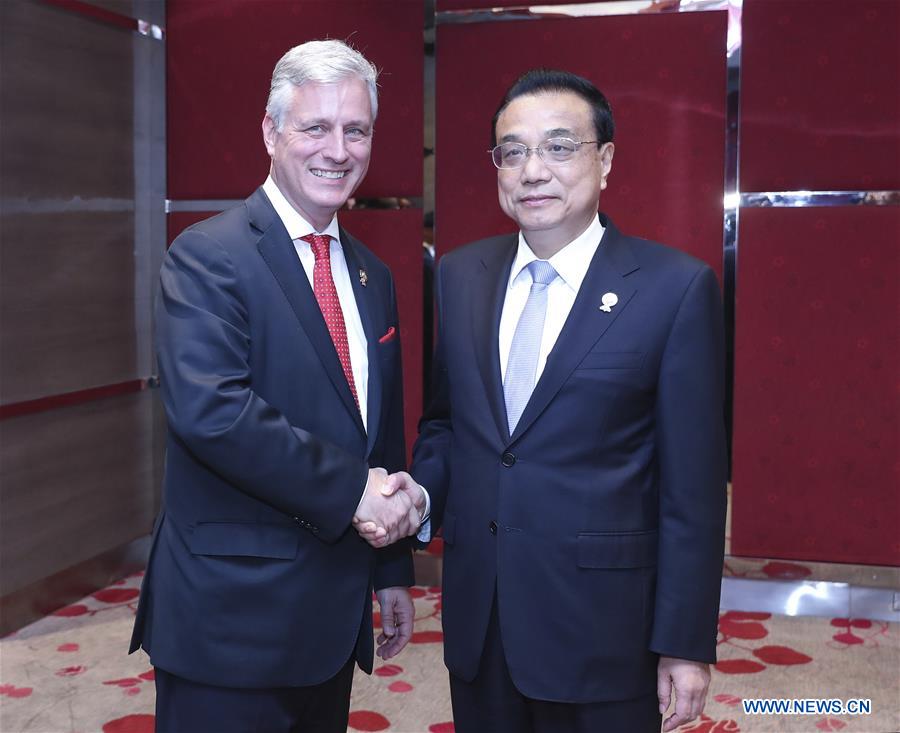 Li made the remarks when meeting with Robert O'Brien, national security adviser for U.S. President Donald Trump here on the sidelines of the 35th summit of the Association of Southeast Asian Nations (ASEAN) and related meetings in Thai capital Bangkok.

As the world undergoes complex and profound changes, Li said, the two countries need to meet each other halfway to make their relations develop in a healthy and stable manner, which also meets the expectations of the international community.

Noting this year marks the 40th anniversary of China-U.S. diplomatic ties, the Chinese premier said the two countries' exchanges and cooperation have brought tangible benefits to both sides and are also beneficial to the world.

Li called on China and the United States to follow the consensuses reached by the two countries' heads of state and promote their relations based on coordination, cooperation and stability.

China and the United States should respect each other's core interests and major concerns, and manage differences on the basis of equality and mutual respect, while expanding cooperation on the basis of mutual benefit and win-win, Li added.

During the meeting, O'Brien, who is also head of the U.S. delegation to the ASEAN summit, said that U.S.-China relations bear great significance to both countries and the world.

He said that the bilateral trade consultations have gained positive progress, which is in line with the common interests of two countries as well as countries across the world.

Despite of divergences, O'Brien said, the two countries need to properly handle them in a constructive way so as to promote U.S.-China relations to go further.